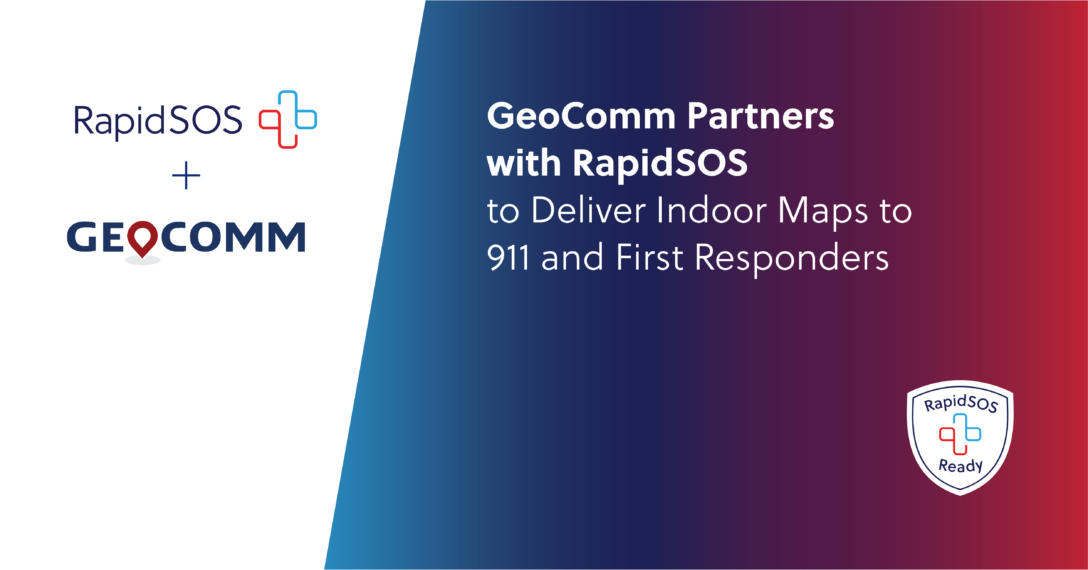 Today, telecommunicators in the U.S. and around the world are forced to rely on the limited information provided during a 911 call, often resulting in dispatching delays and first responders arriving on scene under-informed. GeoComm Indoor Maps are built utilizing the latest Esri technology and leverage Esri basemaps. When combined with device-based location data for 911 callers, GeoComm Indoor Maps provide actionable location context for enhancing situational awareness, reducing response times, and ultimately saving more lives during an emergency situation.

“With this partnership, we’re able to provide ECCs with a holistic view of emergencies on one consolidated interface, helping telecommunicators efficiently triage incidents and deliver a faster response,” said Jessica Reed, Vice President of Strategy and Global Partners at RapidSOS. “Together with GeoComm, we look forward to empowering safer, stronger communities with intelligent, data-driven emergency response.”

“Indoor maps are the key to unlocking the life-saving potential of new and emerging mobile phone positioning technologies” said Jody Sayre, GeoComm Vice President of Public Safety GIS Content and Services. “We are proud to partner with RapidSOS to empower ECCs and first responders with more detailed information and a visual representation of indoor spaces for improved situational awareness about the facilities to which they are responding to.”

The RapidSOS and GeoComm solution is available to ECCs with access to RapidSOS Portal in May 2021. To learn more about how your ECC can leverage this solution, visit: www.rapidsos.com/geocomm.

About GeoComm:  GeoComm, provider of Public Safety Location Intelligence®, has a national reputation as a leading provider of public safety GIS systems. These systems route emergency calls to the appropriate 9-1-1 call center, map the caller’s location on a call taker or dispatcher map, and guide emergency responders to the scene of the accident on mobile displays within police, fire, and ambulance vehicles. Over the last 26 years, GeoComm has grown to serve local, regional, statewide, and military agencies in forty-nine states, helping keep more than 100 million people safe. In addition, in 2021 our statewide NG9-1-1 GIS project footprint has expanded to include 17 statewide projects across the country. To learn more about GeoComm and our Public Safety Location Intelligence offerings visit www.geocomm.com.

There is more data available than ever before and it just keeps growing.  Public Safety Location Intelligence® from GeoComm provides a new way to get the right location information, on the right map, for the right people, at the right time, in order to respond to emergency calls faster.

This website uses cookies to improve your experience while you navigate through the website. Out of these cookies, the cookies that are categorized as necessary are stored on your browser as they are essential for the working of basic functionalities of the website. We also use third-party cookies that help us analyze and understand how you use this website. These cookies will be stored in your browser only with your consent. You also have the option to opt-out of these cookies. But opting out of some of these cookies may have an effect on your browsing experience.
Necessary Always Enabled
Necessary cookies are absolutely essential for the website to function properly. This category only includes cookies that ensures basic functionalities and security features of the website. These cookies do not store any personal information.
Non-necessary
Any cookies that may not be particularly necessary for the website to function and is used specifically to collect user personal data via analytics, ads, other embedded contents are termed as non-necessary cookies. It is mandatory to procure user consent prior to running these cookies on your website.
SAVE & ACCEPT